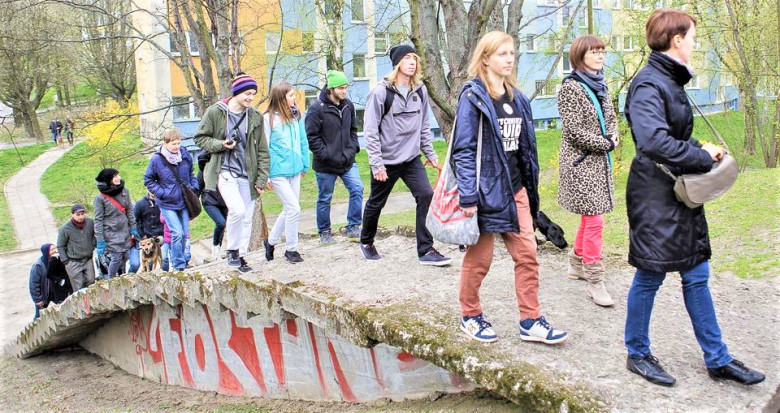 Ergonomica was, in 2014, a project which wanted to investigates the relation between performorming art, choreography especially, and the pubblic space. Started in Lublin (PL), it then searched sites and situations for experimentation and research.

The title of this blog refers to the ergonomic concept of an interaction between a human body and the devices it is in contact with. Ergonomics, in fact, aims to the optimization of the relation between human beings and the environment, th built one especialli. It is “seeking for a biological compatibility in the interface between the two entities”. The border between the organic human body capable of creative movement and the either organic and inorganic reality is the place where the research sets itself, sorting out how the different entities can communicate.

With the time, this space became the place for a written theoretical reflections initiated by some artistic process dealing with pubblic space, people inhabiting places and the ever-changing relations between each other and the environment.